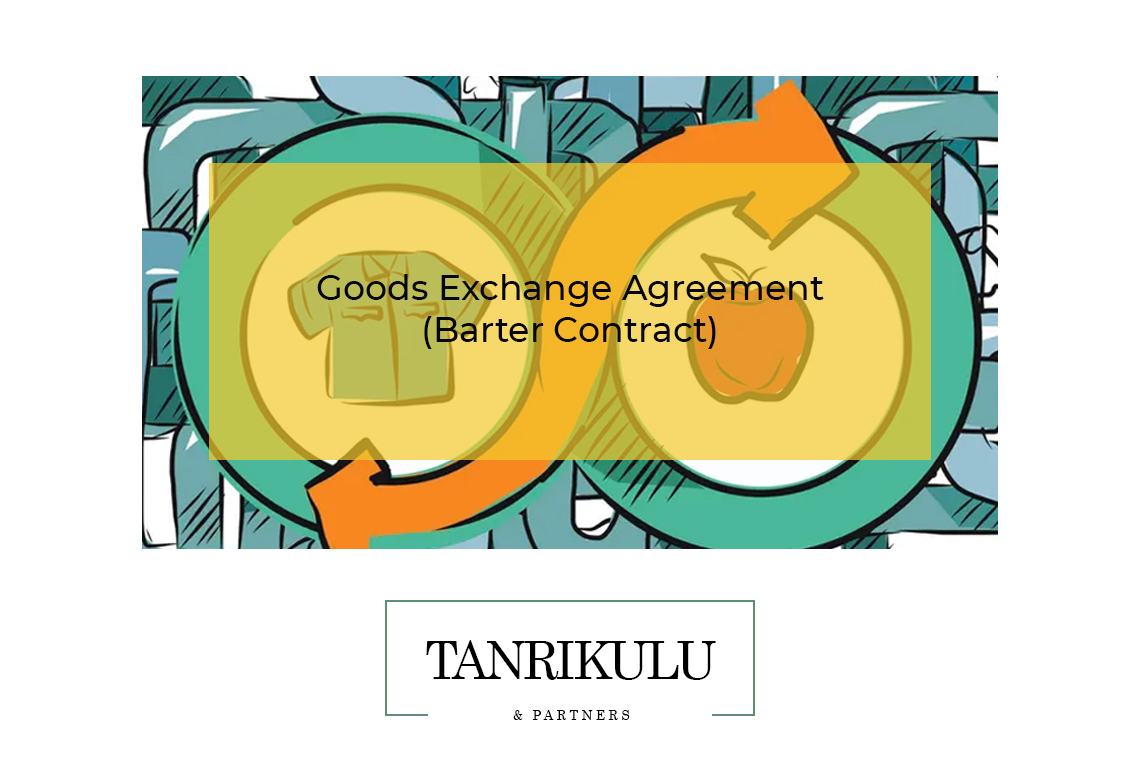 Contents Hide
1. DEFINITION OF BARTER CONTRACT
2. REQUIREMENT AS TO FORM
3. ASSOCIATION WITH OTHER CONTRACTS
4. APPLICABILITY OF THE PROVISIONS OF THE CONTRACT OF SALE

As a result, a barter contract is an agreement that requires the parties to exchange ownership and possession of the items that belong to them without the use of money while imposing a debt on both parties.

If this situation is explained with an example, a barter contract is established if Company A, which is established in Antalya province, gives bricks to Company B, which builds on the basis of the construction contract in return for flats, in an amount to be determined with an approximately equivalent price in return for the agreement by accepting one of the apartments built as a price.

2. REQUIREMENT AS TO FORM

Under normal circumstances, there is no formal requirement for the establishment of a contract of exchange of goods, provided that the provisions of proof are excluded. However, if the transfer of the goods subject to the exchange is subject to the official form requirement, the barter contract must also be established with the official form requirement. Otherwise, the contract will be deemed invalid. Within the scope of the example given above, since the transfer of immovable property is subject to the official form, in order for the construction company B to fulfill its debt obligation, it is imperative that the sales contract or, in the event that a preliminary contract such as a sales promise is established, this preliminary contract must be made in an official manner. Otherwise, the contract will be invalid.

3. ASSOCIATION WITH OTHER CONTRACTS

The values of the goods subject to the goods exchange agreement are expected to be approximately equal. If one of the goods is deficient, the difference may be made up by paying an equalization fee. In this case, it is no longer possible to talk about an exchange of goods contract, but a mixed contract. Although there are opinions that in case of a mixed contract, the primary performance should be determined and the provisions applicable to the primary performance should be applied to the whole contract, there is a predominant doctrinal opinion that this view is not in accordance with equity, and in cases where the barter contract is accepted as an accessory performance, the contract should be evaluated as a unique atypical barter contract.

4. APPLICABILITY OF THE PROVISIONS OF THE CONTRACT OF SALE

Article 284 of the same Law is regulated as follows: “The provisions of the sales contract regarding liability for possession and defects shall also apply to the goods exchange agreement to the extent appropriate”.