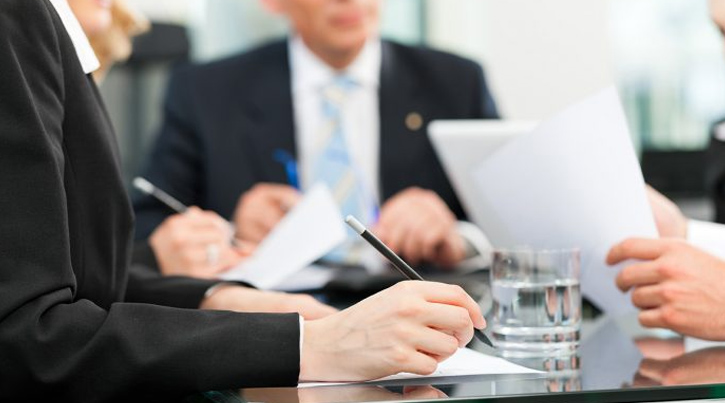 THE PRINCIPLE OF MAJORITY

An incorporated company is a stock corporation and the capital, instead of the number of people, is important. The person or the persons who have the majority of the capital and form the quorum of decision in the company’s general board, have the right to make decisions about almost anything and they have the right to choose the managers of the company. The right to vote is determined based on the number of shares and the persons in question participate in the profit share based on the number of their shares. The persons who have the majority of the capital have a greater influence and right to make decisions concerning the prime contract. In incorporated companies, one of the most important applications of the principle of majority is related to the general board. This principle, which is especially important concerning the rights of partnership of the shareholder, is based on the principle that the decisions will be made based on the votes which are determined by the shares. The usage of shares based on their total nominal values (Turkish Trade Act article No. 434) is a manifestation of the principle of majority.

THE PRINCIPLE OF MAINTENANCE OF THE CAPITAL (PROPERTY)

The management board (Turkish Trade Act Article No.391) and the general board (Turkish Trade Act Article No. 447) decisions which are not made in accordance with the foundational principles of incorporated companies and the principle of maintenance of the capital are invalid. These invalid decisions are legally ineffective and cannot be regulated afterwards. They are inspected on their own motion (ex officio) by the courts of invalidity and can also be subject to a plea. They can also be made subject to a declaratory lawsuit for an undetermined time. Declaratory lawsuits can be filed in accordance with the articles No. 391 and No. 447 of the Turkish Trade Act by shareholders, members of the management board, members of the general board and those who have a financial or a legal interest.

THE PRINCIPLE OF LIMITED LIABILITY

When outlining the liability of the partners, the legislator has dictated that the shareholders are responsible against the company in accordance with the amount of capital shares they have promised. This principle, which is called “the single debt” principle”, has been made a subject of law with the article No. 480/1 of the Turkish Trade Act. This way ensures that the liability of the shareholders concerns only the amount of capital he/she has promised and the company.

THE PRINCIPLE OF THE ATTENDANCE OF THE GOVERNMENT

The Incorporated Companies, which bring small capitals together under financial, commercial and industrial institutions and which always have had an important role in economy, are important institutions also for the government. The government constantly observes companies, as they are an important part of the economic and social life. The regulations concerning external auditing regulated by the Turkish Trade Act, which is the auditing of the government, are as follows:

THE PRINCIPLE OF PUBLIC DISCLOSURE

The princple of public disclosure has become very important not only for the shareholders and the creditors of the incorporated companies which collect and manage big capital, but also for the direct and indirect interests of the possible investors who have a certain influence on the markets. Thus, it has become obligatory for the public incorporated companies to announce all the information concerning the capital/property, within the limits of regulations,  to the public and it has become a right for those who have an interest in the company to receive such information.

The company must publish, with the exception of its own commercial secrets, annual reports, financial tables, prospectus and circular files in a proper, valid and satisfactory manner. The principles in the Turkish Trade Act which regulate the application of the principle of public disclosure are as follows:

According to this principle, which is also known as the principle of relativity, the shareholders can utilize the common rights, except for those which apply to everyone on the same level, in accordance with the amount of their shares. This principle is based on the understanding that a person should have a higher level of influence on the company’s decision through votes, as the person who contributes to the capital with a greater amount than others is taking a bigger risk by doing so.

This principle has an application in every situation. Rights such as participating in the general meeting, speaking and making suggestions can be utilised on the same level by everyone. The rights are outside the reach of the principle of relativity. Also, rights which are above the level of contribution of the shareholders can be determined in the prime contract.

THE PRINCIPLE OF EXTERNAL SUPERVISION

Even though incorporated companies deal with great amounts of capital and they operate on vast and technically detailed scales, the supervisors selected by the general board are usually unable to be effective. This situation is especially witnessed at public incorporated companies and the supervision of accounts in most of these companies depend on external supervisors such as experts, certified public accountants and special supervisory institutions.

This independent audit process consists of the supervision and evaluation of books, records and documents through the application of necessary audit techniques, with the intention of ensuring that the incorporated company may provide enough external audit reports and evidences which would ensure trust concerning the validity of financial tables and other financial data in relation to the reporting standards.

THE PRICIPLE OF MANAGEMENT OF EXTERNAL PROPERTY

The modern understanding suggests that incorporated companies should be managed by a person or a team with technical knowledge, instead of partners who contributed to the company with their shares.  In this case, the incorporated company is influenced more and more by the experts who manage the external property and the management board of the company becomes a kind of observatory section which supervises the above-mentioned experts. This method of management emphasizes the fact that the utilisation of external experts is one of the most important factors of validity, neutrality and independence of the institutional management. This principle suggests that the CEO (Chief Executive Officer) and the head of the management board should not be the same person.

In the present many holding companies in Turkey and in the world promote the above-mentioned method which promotes the utilisation of a CEO.

THE PRINCIPLE OF EQUAL TREATMENT

The sanctions/enforcements concerning the violation of this principle have been determined based on the organisation which violates the principle. In the article No.391 of the Turkish Trade Act, it has been stated the management board decisions which are against this principle are invalid. It is stated that annulment and voidance sanctions can be applied for the general board decisions which were made against this principle and that the derivativeness of voidance will be taken into consideration for the determination of invalidity. The measure used for both sanctions is continuity. The ones who have a legal interest in the decisions of the board of management can file a declaratory suit for an indefinite time if the decisions of the management board are declared invalid because of the violation of this principle. It is stated that the general board decisions which are against the principle of equal treatment are invalid with the verdict No. 2018/353 E.- 2019/2685 of the 11th civil department of the supreme court which states that:
“As it is possible for the partners who are also members of the board of management to have a greater share of the profit, the decision to distribute the profit share to the members of the board of management contradicts with the principle of equal treatment. The lack of evaluation, about the matter of a company secretly trying to distribute profit share and defy the principle of equal treatment, has been wrong, as nullity should have been declared.

THE PRINCIPLE OF MANDATORY RULES

This principle is manifested in the article No. 340 of the Turkish Trade Act which dictates:
“The prime contract can stray from the rulings of this act concerning incorporated companies, only if it is clearly allowed by law. The default rules of the prime contract which were formed in accordance with a certain law, are regulated by that certain law.” The article in which the principle is regulated have limited contract freedom of public and private incorporated companies. In accordance with this ruling, deviation of the prime contract from the rulings related to incorporated companies is only possible when it is clearly allowed by law. As it is stated by law, it is possible to deviate from the ruling only through the prime contract, and not through the decisions of the general board or “internal directives”
The aim of the regulation of the principle of mandatory rules is to ensure legal reliability and predictability by setting a certain standard for the prime contracts of incorporated companies and to protect the shareholders and interest groups.
Another matter is the controversial regulation which “clearly allows prime contracts to have articles which deviate from the mandatory rules.” From this “clear allowance” term it can be understood that the above-mentioned statement is true when such a deviation is “determined or suggested through the prime contract” or “when there are no contradictory rules in the prime contract.” The dispute about this matter derives from the ambiguity concerning what should be understood from this statemen; should the ruling be perceived literally or through its aim? In the report of the Justice Commission of the Draft of the Turkish Trade Act, the preamble of this article is stated as follows:
“In situations when the literal form of the phrase “clearly allows” can be unclear and it is possible to deviate from the literal form of this phrase to the direction of its aim with an interpretation which is in accordance with the methodological doctrine and based on satisfying and just reasoning which promotes the balance of interests.”
In conclusion it is possible to say that all rulings related to incorporated companies are mandatory and the deviation from these rulings is possible only when it is clearly suggested by law or when it is appropriate concerning the principle of equity and balance of interests.

This article is translated by Kaan KABALAK